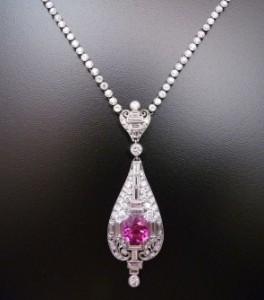 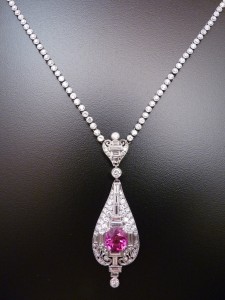 Accompanied by an AGL certificate stating that the intense pink sapphire is of Burmese origin, no evidence of heat treatment, classic materiel.
[/seven_columns][four_columns]Ca. 1918
Length: 17 inches
Provenance: From a mid west family
Available for purchase

Thank you for your interest, Unfortunately my website has been hacked and my e-mail link has been... 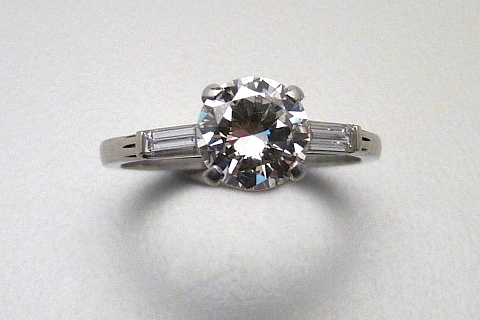 Diamond and Platinum Engagement Ring, Circa 1960

The ring is centered by a round brilliant-cut 1.12 ct. set into a four prong mounting... 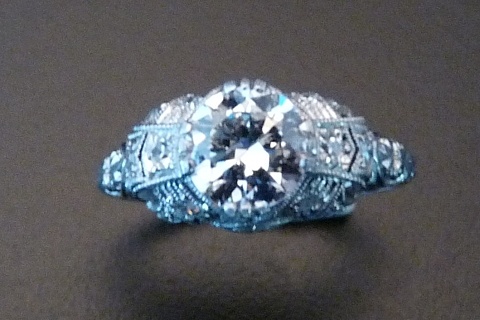 Diamond and Platinum Engagement Ring, Circa 1910

[seven_columns] The ring is centered by a round faceted Old European cut diamond weighing...